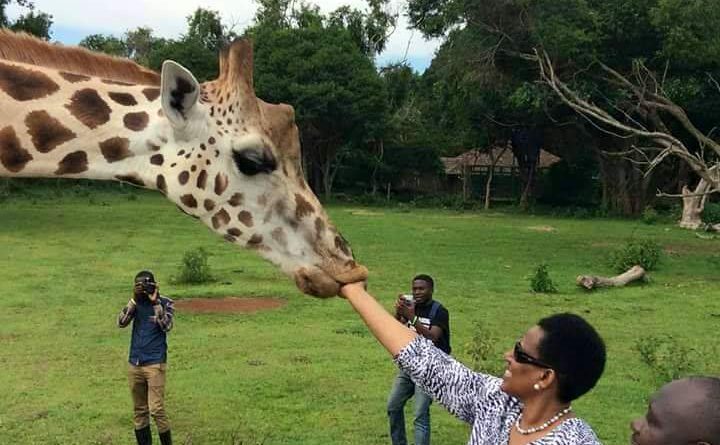 As Uganda prepares to join the rest of the world on March 3, 2020, to celebrate the United Nations World Wildlife Day, it is imperative to reflect on both the global and local themes; sustaining all life on earth and Sustaining Wildlife in Uganda for the present and future generations, respectively.

Edward O. Wilson a famed biologist explains that the protection of species and biodiversity is not only beneficial to human populations but is essential to their survival.

The impact of protecting essential habitats and preserving threatened species is felt far beyond the boundaries of the animal kingdom.

Beyond soil stabilization to economic diversification, saving endangered animals improves the lives of their human neighbours, too.

Habitat preservation, of course, is a key tool for everyone struggling to protect the living environment.

When these efforts are successful—and regional biodiversity is maintained or restored, it can have a ripple effect that supports human communities and helps to create new opportunities.

While these naturally sourced medicines are not without their own issues, they nevertheless represent an essential pharmacopoeia and body of medical knowledge that cannot be easily replaced by synthetic alternatives.

Studies have linked a reduction in biodiversity particularly among mammal species to an increase in transmission of animal-borne diseases to humans.

The argument that healthy ecosystems are essential for regulating climate, and mitigating air and water pollution need not be overemphasized.

As we celebrate this year’s World Wildlife Day, we should work towards ensuring that we make a positive contribution to the conservation of our country’s wildlife heritage.

Human activities have been and remain the biggest threat to wildlife conservation globally.

According to World Wildlife Fund, with 100 million different species co-existing with us on our planet, the last four decades have seen human activities have pushed some animal species to near extinction to an estimated loss of between 10,000 and 100,000 species per year.

Poachers are to blame for putting some horned animals like rhinoceros and elephants to near extinction in Africa with a good example being the white rhinoceros.

In Uganda, the Rhinos population (Eastern black and Northern white had gone extinct. into extinction and we worked on a reintroduction programme, which has seen a few at the Rhino sanctuary and preparations to reintroduce them into the wild in high gear.

Other factors such as climate change causing frequent droughts and flooding, deforestation, overpopulation, and consumer culture are also to blame for endangering wildlife species.

A reflection on what we have done at individual level to protect and conserve our wildlife resources should call us to action well knowing that conserving wildlife is a matter of our survival and therefore, in our own interests.

The crusade and actual support for wildlife conservation in Uganda should be everyone’s business and as such, we should all undertake to eliminate factors that contribute towards the decline and eventual extinction of our wildlife.

We need to fight poaching which steals from us all, illegal wildlife trade, which is now a lucrative international business.

With a value of between $7 billion and $23 billion each year, illegal wildlife trafficking is the fourth most lucrative global crime after drugs, humans and arms.

Behind this business are people getting extremely rich at the expense of poor poachers who risk their lives by entering protected areas illegally.

There is no doubt that a healthy ecosystem that harbour banner species are powerful tourist attractions that attract visitors and investments.

Protecting the world’s biodiversity is essential for the survival of the physical environment and, ultimately, humanity.

Successful conservation, however, does much more than simply ensure survival; it offers an opportunity for growth, development, and improved health.

We do not have “Planet B” and unless we strongly believe in Elon Musk‘s idea of making Mars another habitable planet, we should act now and save our heritage by conserving for the present and future generations.

The writer is a Communications Manager – Uganda Wildlife Authority.